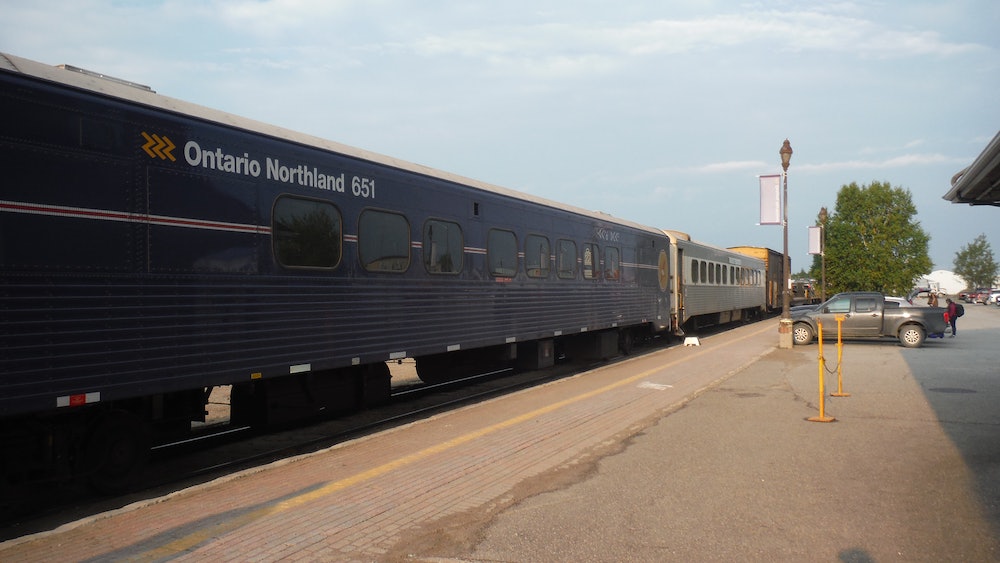 The Polar Bear Express is a Canadian passenger train operated by the Ontario Northland Railway (ONR) in Northern Ontario. Polar Bear Express Service was introduced in 1964. While designated as a passenger train, the Polar Bear Express also carries specialized equipment including boxcars for canoes, snowmobiles and all terrain vehicles, chain cars (flat cars with tie downs) for carrying cars and light trucks and baggage and express cars. There are no roads to Moosonee so vehicles come in and out by train. In the past, a special car for canoes was included but these are now carried in boxcars.

It operates 5 days per week year-round and connects Cochrane with Moosonee. During the summer months, there is an additional train on Sundays, and the train often includes a full length dome car. Prior to 2012, the train carried a full dining car during the summer. The Polar Bear Express service was expanded on June 5, 2007, after increased funding from the Government of Ontario to ONR was announced in March 2007. It resulted in the discontinuation of the Little Bear mixed freight-passenger service which had operated 3 days per week, year-round, resulting in dedicated separate freight and passenger rail service to Moosonee.

But wait a minute...hold on to your caboose!

In 1921, construction on a line north to James Bay was started. In 1923, the new Conservative premier of Ontario, Howard Ferguson, halted further construction, saying that it would be unprofitable. For four years the terminus of the line remained at Fraserdale, near Abitibi Canyon, where the Abitibi Canyon Generating Station was being built on the Abitibi River.

Between 1928 and 1930 the railway was extended north at a slow pace. The pace of construction was quickened in 1930 as a make-work project
due to the depression. The extension to James Bay was opened on July 15, 1932. The terminus of the railway was at the mouth of the Moose River near the old trading post of Revillon Freres. It was named Moosonee, from the Cree meaning "at the moose".

A name change for the railway was first proposed in 1942 by Arthur Cavanagh, who was chairman of the commission between 1940 and 1944. He noted that it would have the advantage of associating the railway with the province, not just the District of Timiskaming. A name change would also avoid confusion with the Texas and New Orleans Railway, which had the same initials. The Ontario railway often had boxcars misdirected to the United States, while receiving invoices that should have gone to Texas.

The railway's name was changed to the Ontario Northland Railway on April 5, 1946, when a bill amending the Temiskaming and Northern Ontario
Railway Act received assent. Now that brings you full circle!

Enjoy the ride. Watch out for the sites of interest. We hope you come back with an appreciation for those who live in the communities of Moosonee and Moose Factory.